Tudor Mansion is first theme in Cluedo Mobile when app introduced and the only theme for Cluedo Board Game. The suspects and weapons are similar to the first edition, but Mrs. White is replaced by Dr. Orchid in 2016.

For board game, you will get this board when you purchase Classical Cluedo in any stores.

For mobile, this is the only free theme unlocked when you purchase the app, along with the 6 suspects below. To get other suspects or boards, you can perform in-app purchases one by one, or unlock all with annual pass. 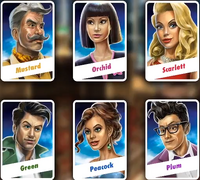 The 6 suspects redesigned in 2016 are

In board game versions before 2016, Dr. Orchid had not been introduced so those versions have Mrs. White. 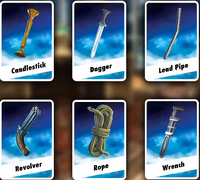 The 6 classical weapons in this map are 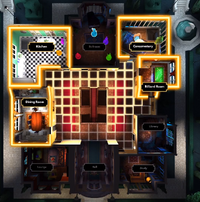 There are 9 classical rooms in this theme.

Retrieved from "https://cluedo.fandom.com/wiki/Tudor_Mansion?oldid=5253"
Community content is available under CC-BY-SA unless otherwise noted.